If there is a genre that has managed to raise eSports to the position they currently hold, this is undoubtedly that of the MOBA (and let us forgive the traditional strategy and the FPS). With League of Legends and DOTA 2 at the helm, the subgenre has survived to this day in the PC arena without any signs of wear and tear. Moreover, the formula has tried to take other platforms with unequal success. In the case of Android, there are few games that have managed to bring the experience in a moderately worthy way to touch terminals. This is our selection of Top Five best MOBA on Android.

Of the last to arrive and those that are most successful lately, being the MOBA most played in mobile devices, in addition to the most profitable given the 200 million dollars in global benefits it has reaped. It is a clone of League of Legends, both aesthetically and functionally. With a staff of 24 characters, 10 of them can be used completely free of charge in matches of up to 5v5. The matchmaking is very fast and in a few seconds, we are in a game, whose duration is limited to 10 minutes. It plays well, it’s fun and the community grows like never before. One of the best options.

Called in Asia Honor of Kings (or Strike of Kings), Arena of Valor took the leap to the West in mid-2017, rising as one of the best MOBA for existing Android. With the giant Tencent pulling the car, it is normal that the game has exceeded 30,000 million dollars in revenue since its launch in 2015. A monstrosity with more than 40 characters available, single or team modes of 3v3 or 5v5 and values of huge production.

Until the arrival of Mobile Legends, Vainglory was in the head, being very present in the competitive field as it shows its activity in the world of eSports. The Super Evil Megacorp game is much more aware of its independence and tries to assert itself without being a simple copy, hence its control is much soberer than others and the F2P business model is the most balanced based only on aesthetic improvements. At the beginning of the year, he added the new 5vs5 mode and new maps according to the magnitude, in addition to having even released a PC version.

More in Top Games: All free Android games set in the Warhammer universe – Best of Android

As you cannot always live the same, Survival Heroes is committed to mixing the mechanics of the MOBA at the level of control and mechanics with the massive and ramshackle component of the Battle Arena. Initially, we jump on a huge map, being able to descend in any part of it. The objective, as you can suppose, is to end up being the only survivor of the 100 players in the game. Along the way, we will find all kinds of items and weapons. On the way, we lose the classic ‘minions’ of the genre but the proposal, in general, reaches a new dimension. 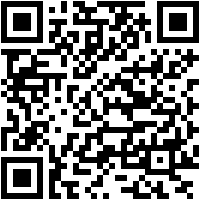 In this case, we can not mention a feature that highlights Heroes Arena, but the truth is that it does everything right. 1v1, 3v3 and 5v5 modes, 20 selectable characters, optimal controls and good performance in low-resource terminals. Of course, his “inspiration” in League of Legends is so obvious that the most played map is a more than obvious copy of Summoner’s Rift.

NetEase was very successful with Onmyoji, an interesting JRPG inspired by a pastiche of Japanese mythology from the Heian period that has led to this spin-off. Onmyoji Arena proposes us to compete in online games with our shikigamis. A preciousness for fans of anime aesthetics that also boasts of having original voices in Japanese by renowned seiyuus.