The popularity of the South Korean band BTS does not stop growing. If we have already spoken to you before of SUPERSTAR BTS, its excellent musical game, today we present a title that fans of the band cannot miss: To the Edge of the Sky is a visual novel where the characters of the games are strongly inspired in the members of BTS. A game that gathers the themes of the band’s music and that translates them into the world of video games.

The year 2077. You are the new addition to the Phantom Alpha team whose mission will be to discover the secrets that are hidden in this world. An intriguing approach that serves as a starting point to enter this universe that flirts with science fiction and cyberpunk. A world always interesting to introduce us and here has the peculiarity of living with characters inspired by the BTS band. A rich delicacy that fans of the band should not miss.

To the Edge of the Sky

To the Edge of the Sky has several features that we can not ignore. It is time to start by commenting that we are facing a work that started as a successful Kickstarter project and that has been rejuvenated with each step that has been taken. Their visual section is proof of this since it has improved over time thanks to the last campaign they have done in FundRazr. Without a doubt, it is quite powerful and has a character design that is closer to realism than to the cartoon. In addition, it is a work that will unfold episodically, although you can enjoy its first chapter. In principle, we will see its end at the end of 2018, but you already know how these things are going in this type of productions. 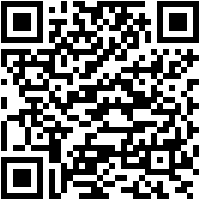 To the Edge of the Sky is a visual novel that points out ways. BTS fans will enjoy it for sure, but lovers of this genre will surely do so too. Aeon Dream Studios has done a great job in this game: an indie and international team composed 100% by women who show passion for video games and the South Korean band. We have no choice but to look forward to the next chapter of that production.