Home » Fotolog Returns to Our Lives with its Android App We usually look at the past with a certain affection. It is what nostalgia has, a feeling that occasionally floods us and makes us think about “any past time was better”. No offense to offend anyone, it’s time to dismantle that myth and nothing better than doing it with Fotolog, that early-century social network that has now proposed to come back in the form of an app for mobile devices. If you still have your account and you have not deleted your publications, hold on tightly: a carousel of shame is looming.

Fotolog was born there in 2002, although the server was registered a couple of years later. His leitmotiv was that we could only upload one snapshot each day, which made us think well what content we wanted to upload. Although most of us who used Fotolog really remember that the web was an amalgam of photographs of dubious quality, lyrics of the songs of the moment and endless misspellings. Do not forget that at that time, many of us used shortcuts when it came to typing. Thank God I eliminated most publications years ago.

Now Fotolog has proposed to return. A praiseworthy attempt, although we do not know if it will come to fruition. Compete with Instagram is something that no social network seems to be able to withstand. But there is the new design of Fotolog with an interface that will remind us of the fashion social network and where we can comment on photos or “Like”. In addition, the limit of one photo per day will remain active and Fotolog assure that they do so because “they want to create a different social network … that encourages real connections between us, instead of connections generated by algorithms”. Declarations that are not bad, although it is a speech that we have already heard too many times.

Also See: Play One of the Best Boards games with this Backgammon Narde 5.51 Apk

The return of Fotolog is, at least, interesting. It is a name with which we associate part of our youth and surely many of us return to start a session to take a look at the past. What I am not so sure of is whether it will succeed or not: we live in times of strong competition between social networks and the news usually go by without pain or glory (hello Vero ). Of course, we anticipate that this release has probably been a bit hasty since the app works rather regular. The simple upload of a photograph is giving some problems but hopefully solve it as soon as possible. 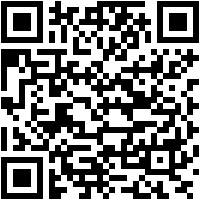 Unfortunately, it is not the only problem we discover about its operation: if we do not remember our username or email, we will have to pay 3 euros to recover the account again. A pretty fecal solution that tarnishes a return that could have been much better. We will see in the following weeks, and more when the app lands on iOS if this return has had the desired success.