Home » Five New Arcade Games that are Sweeping with their Simplicity The arcade genre has found in the mobile game a perfect system to live. Not only for the suitability of throwing short games, but for the wide variety of different styles that we can find. We can call arcade game both the last title of Ketchapp where simplicity is everything, as well as a work as complete as Time Locker . Here the important thing is to get as far as possible to get more and more points. With this premise in mind, today we bring you five new arcade games that are triumphing on both iOS and Android. We have become accustomed to label as ” Ketchapp game ” those works of small scale and great execution. We could say this same of Sling Drift , a nice arcade disguised as a car game in which we will skid to the end to get the most points. In each curve of the infinite circuits is the key of the title: pressing on the screen we will take a pole of the curve to skid and thus follow our path . We will execute this action literally, because our vehicle launches a sort of loop for this purpose. It’s amazing how such simple proposals can get us so attached. A feat of great merit that we have to applaud tastypill.

Also See: The Best Apps of the Week for Android The name of Supertapx starts to resonate in our heads due to successful games like Love Balls or the nice Draw In . There are voices that begin to call it the new VOODOO, although luckily we do not have to swallow as many announcements as in the titles of that company. Draw In is probably the simplest of all the titles in this list, since our only task will be to click on the screen to create a line that can cover the profile of the objects on each screen. A game that will dazzle without remedy to the smallest of the house. 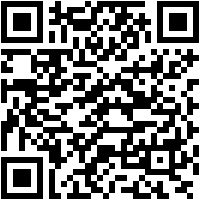 We have to do a balancing act to brand Kick the Buddy as an arcade game, but it would be a mistake not to mention this curious mix of genres that is triumphing wherever it goes. A game where our goal will happen exclusively by hitting all kinds of shapes the poor rag dollthat we have in front. A tremendous catalog of weapons is waiting to be used by the players and this will make the bulk of our score increase with each new dog. The fun of the video game is to see how many ways we can torture poor Buddy and we anticipate that there are many ways to do it. Many. We can not discern well who is the target audience of macabre intentions, but their number of downloads tells us that there is a large number of people doing it.

Also see: Best Free Games of the Week for Android VOODOO has had a good time coping with the lists of most downloaded games thanks to having copied Ketchapp’s motto: less is more. And this would be great news if it were not for the immense amount of ads that we have to swallow from the VOODOO games. Helix Jump is, without a doubt, one of its most popular titles. A work that invites us to take a ball with some spirit to bounce to the bottom of the screen. An action that will not be easy since every plant that we descend will have an exit located in a random way, as well as different obstacles that will try to make us bite the dust. And we already warned you that we are going to have to see the defeat screen too many times. Playing Rise Up leaves us with a certain feeling of déjà vu. Our obligation in the game will be to prevent any object from touching the balloon that keeps climbing. For this we will manage a kind of shield with which to move obstacles or protect our ascending globe . A simple game that can not be generated in a random way and in which it will not be easy to survive. If you take a look at our gameplay , you will see that Rise Up has choked us a bit. That does not mean that it is a fun game with a variety that makes it addictive.