The launch of Fortnite for Android has become one of the phenomena of the year. The game of Epic Games amasses popularity wherever it goes and this has made the users of the Android platform very expectant. While Fortnite has already been released officially, there are very few chosen who can enjoy the game. That is why we have compiled five Fortnite-like games that you can now play on Android without the need for a specific smartphone. While the Battle Royale have stalled a bit in the same formula, thanks to Fortnite we have seen variations in the playable that go very well to the genre. In Rocket Royale we can build the style of the game of Epic Games, but it has another peculiarity that makes it unique in its kind: we can win a game if we build a rocket to escape the island. As you can imagine, this will not be easy and more so with everyone pretending to do the same: flee the island by that means or eliminate all the contenders.

Although PUBG has popularized the concept of the Battle Royale, it has been Fortnite that is taking the popular prize. Not only because of its ability to build but for giving us a more colorful and affable experience for all audiences. Project: Battle is a NetEase work that has followed this style pattern, although it has not yet left early development phases. A title that has great potential, although it is still early to discern whether it will succeed or not.

Making a list of alternatives to the coloring of Fortnite could not be complete without Creative Destruction. The best clone of the game of Epic Games that lives on Android continues adding users with its fun proposal and its striking visuals. It is a game that has long been swarming on Android and currently flows perfectly. You only have to see the gameplay of its latest update so you can discover what we are talking about. 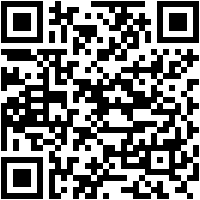 The fashion of the “games to the Minecraft” seems that it will never end. Voxels and voxels of games in which we have a free way to build what comes out of the bolus. In Mad Gunz, the thing is a little different since they have picked up the mechanics of the Battle Royale to give us an experience that feels quite cool. A title in the first person in which it will be as important to collect materials to build, as to know how to press the trigger to win the island.

Also See: Battle for the Galaxy for PC – A Clash of Clans Type Game

The mixture of genres does not always go well, but when there are success stories we love to talk about them. Survival Heroes falls into this category since it is a hodgepodge of mechanics taken from the MOBA and the Battle Royale to offer us the most important thing: a great dose of fun. A title of superlative graphics that takes us to the always grateful isometric view.