Home » Best Lite Apps to Save Space on Your Android Device

Many of the “bedside” apps that we use in our smartphone begin to lose perspective in the face of excessive consumption of resources that are not acceptable even for a mid-range terminal. Hence, increasingly proliferate more versions, Lite, both official and third parties, which offer the same functionality as their original namesakes but greatly reducing the consumption of RAM and space occupied in the terminal. Here are some of the best known and most efficient, as well as a tool to create our own lite applications.

The mother of all “reduced” apps and the one that opened the ban so that many users would look for alternative clients to the officers according to the capabilities of their device. Initially developed as a version with a lower consumption of resources for developing countries, Facebook Lite is a totally official application based on the web client that will allow us to surf the social network without practically missing any of the basic functions. And of course, taking into account their monstrous consumption of resources is a relief that this option exists.

In view of the success of Facebook Lite, it almost seemed like an obligation to do the same with your instant messaging client, also inflated excessively by dragging more and more functionalities. Messenger Lite came out in October 2016, having the more than 100MB of RAM that the official client eats. The great thing is that by using it we will not leave aside any of the functions when using it and we can run it on devices with Android 2.3 or higher. Even in a watch, Casio should throw.

Going from 100MB to just over 15 is already an incentive when using Spotify Lite, although you have to read the fine print, since, whether we have Premium account or not, both our playlists and public playlists can only be reproduced from randomly, which is not a problem for those who prefer to “get carried away” with music. On the positive side, we have the inclusion of a menu from which to analyze the data consumed and limit them monthly if necessary۔

Twitter also adds to the trend with an application focused on use in developing countries with limited data connections. Like most variants of this nature, it is a web view based on the web version of the client that arrived a few weeks ago. but boxed in an app that sells for 30% faster than the standard version. It includes a data saving mode that we can activate from the options that allow you to save up to 70% in data traffic. All this in less than 1MB and with most of the basic functions of the service, with the exception of the Moments or the tweets of the day, things that sincerely, few are going to miss. Of course, notifications of interactions are not made in real time, although we will be notified every so often that we have received a number of updates of an indeterminate nature.

Instagram also urgently needed a variant that came off the baroque that are reaching the latest versions of the official client. Instagram Lite goes back to the roots, allowing us to browse the publications of our timeline and even publish stories, although most of the additional effects are left behind. That’s it, no gifs or post-processed effects. In this case, we went from 32MB to little more than 500KB. Yes, it’s a web view, but many of them are left with this to gossip other people’s lives. 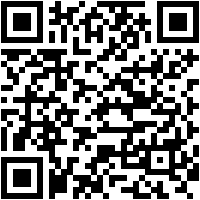 The official Kindle app is already a universal service that can be used from any Android terminal. Its main functionality is maintained in this Kindle Lite, which is to be able to view all the publications associated with our Amazon account and manage our acquisitions.

Even Google has realized the need to throw away ballast in some of the services that the company integrates by default in Android. The search system is one of them, so this alternative version offers most of the services of the web version but organized by icons that will take us to specific uses such as the image search engine, the translator, the weather information or the websites that we have saved from the browser to visit without a connection. Of course, for now, we can only see search results in English, Indian or Indonesian. 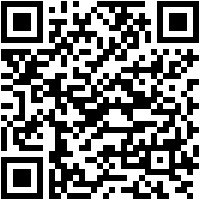 The social network to find work has been one of the last to offer an official version Lite that drastically reduces the space occupied (from 70 to less than 1MB), in addition to consuming much fewer data and resources without sacrificing practically any basic functionality of the standard client.

Is it possible to encase the Skype mastodóntico in less than 15MB? It seems that if. The last to leave the oven of this compendium is Skype’s official thin client, which also allows you to make video calls and chat conversations through an application designed for terminals with short 2G mobile connections, which does not mean that any also can be used to save a good pinch of space at both the resident memory level and available storage space.