September is a complex month for many of us since it marks the end of the summer period. The return of the holidays is always hard and that is why it is so important to relieve this burden as much as possible. Playing the latest Android hits can always be a good medication for it and this is why it’s time to point out the best games of September. A very varied selection in which you will find works of all colors and flavors. Enjoy them!

We’ve been playing cops and robbers for eons. From the school playground to the consoles in front of the television, a competitive team experience in the world of interactive leisure has a reference for some time. PAYDAY: The Heist immerses us in the ecstasy of stolen safes and now we can enjoy these practices from our smartphone. PAYDAY: Crime War has just arrived in beta form, but we can already live these duels between cops and cacao in our mobile device. The New Star saga has just given birth to this new New Star Manager in which we will have to take our football team to the top. If in previous installments we only controlled a single player, now we will have to do it with the whole team. And best of all, it will be both inside and outside the field. An excellent mix of genres that ensures hours and hours in front of our Android.

Those that have occurred due to Stendhal syndrome have to be careful in The Pillar: it is an extremely beautiful game. It is worth copying all the style to that masterpiece called The Witness, but this free game for Android does not want to reach such levels of genius and this is reflected in its puzzles. It’s just a precious puzzle game and it’s going to make us enjoy the journey. 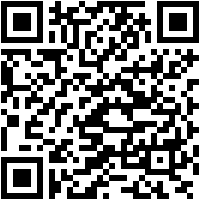 Fill a glass of water becomes a complex task in the Happy Happy Glass. The new casual success of Lion Studios stands out for its simplicity. We just have to make the water reach our nice glass through strokes that we make on the screen. Screens and more screens to make it hard to get bored. And more with the small doses of innovation that are added as we go.

Battlefield Royale-The One
Price: To be announced

We will be hearing the words ” Battle Royale ” for a long time. Very much. It is normal when a genre becomes fashionable in the way that PUBG and Fortnite have done it. But luckily, not everything will be clone clones of the last clone. There are interesting proposals like The One that adds innovative elements such as free visual perspective or the use of a thousand and one gadgets to get the last one standing. An enjoyable title more than can not and that has not yet officially left. Not having fun with a game like Alphabear 2 is a really difficult task. Not only improves all the benefits seen in the first, and fantastic, delivery, but now we have different locations and game modes were to continue having fun and practicing English. Impossible not to fall in love with his charming visual aspect.

Minecraft may have been launched in 2009, but its influence seems to be in vogue until the centuries of the centuries. Luckily today we are not going to talk about any of its infinite clones, but a very beautiful game of casual strategy that turns the voxel into art. We have played the same thing millions of times: we have to build a village and improve it little by little. Yes, we already know that we are going to find waiting times in the different constructions. But here at least we are going to do everything in a really nice environment. Always at the top with the voxels. We always highlight games usually go unnoticed in both Android launch and many may commit the folly of ignoring a work like Wall Kickers. A jewel of the arcade in which we will have to climb as much as possible on stage. All based on jumps between surfaces that will not be easy to master. But this game turns the movement of jumping into something bigger than life itself, so there are no excuses not to install it.

Golf games have found their place in the world of video games and are enjoying a second youth on mobile devices. There are games for all types of players, as we already selected in this article, and Birdie Crush could join without problems to that compilation. A competitive title of manganime aspect and with a high dose of personalization of the waifus. All good. 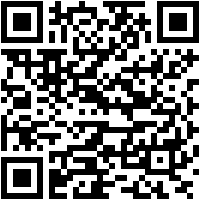 Katamari and Hole.io seem to have joined in this fun online game where we will have 2 minutes to be the biggest ball in the whole scenario. To achieve this, it will be necessary to collect all the elements that we can so that none of our rivals can eliminate us. An ideal title for any short time we have available.