You are waited by the continuation of adventures of the mad snowboarder Alto and his friends in desert, canyons and temple cities
In February last year, the studio Snowman, the developer of the popular mobile platformer Alto’s Adventure, officially announced the upcoming sequel, entitled Alto’s Odyssey. Throughout this time, the studio periodically teased fans of the game with screenshots and various details of the project, and this winter was pleased with the release of owners of iOS-devices. And only after five months the game finally got to Android.

Unlike the iOS version, which costs $4.99 in the App Store, Alto’s Odyssey version for Android is free, though with ads and built-in purchases. No wonder, such a model of monetization was present in the first part of the game. In particular, to revive your character, you will have to look at the commercial.

Also See: Windows 10 Will no Longer be Rebooted on Purpose

Alto’s Odyssey is an endless runner with simple but addictive gameplay, good animation, and beautiful graphics. No wonder the game was nominated for the Apple Design Award. This time the protagonist Alto with friends goes to the desert, canyons, and cities. The locations, objects, and some animations have changed, but the essence remains the same – you need to race on a snowboard to the final goal, avoiding obstacles. There is also a Zen mode with melodic music and endless desert, and also a photo mode in which you can take pictures of your journey. 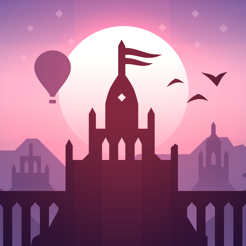