A new iOS-version of the popular photo editor can be submitted already this year, and its release will not be before 2019.

Last year’s release of iOS 11 promised to turn the iPad into a full-fledged replacement for desktop computers, but developers of certain programs for PCs still keep aloof from the mobile Apple system. Among them – the company Adobe with its photo editor Photoshop. Nevertheless, according to Bloomberg, the announcement of a full-fledged version of Photoshop for the iPad can happen already in October this year at the Adobe Max conference.

As you know, on mobile platforms Android and iOS already presented a lot of applications from Adobe, including Photoshop Express. But in truth, the mobile analog of Photoshop is significantly inferior to its computer version. This is indicated by the preferences of users, who are increasingly choosing mobile photo editors from other developers. 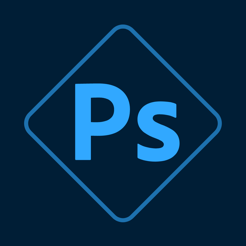 Since Apple is positioning the iPad Pro as a professional tool, including for designers, full-featured Photoshop on tablets would be very useful. In addition, Adobe itself has recently sought to expand its strategy toward mobile device users.

According to sources, the new cross-platform application Photoshop is already at an early stage of development, its release is not promised until 2019.